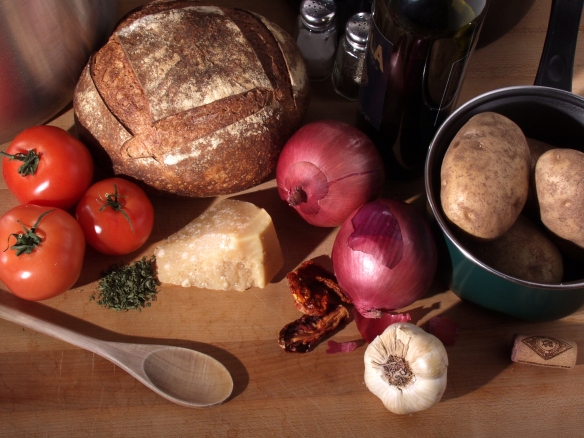 That year we learned the true language of fear.
I baked boule and you haunted medical sites.

You said to arrive I must first depart
or be willing to suffer self-awareness. Let’s not

mention our pact just yet. My basic boule requires a
Dutch oven, 20 ounces of flour, water, yeast and salt.

At twenty I learned the finer points
of sausage-making, how to butcher chicken, and

that your hair smelled like dawn’s last flower.
Back then we owned the night. Now I harvest

to your proposal. It would be a kindness, you said.
The pancreas produces hormones

and aids digestion. I chopped off my left thumbtip
and a year later the abscission point

still felt numb. After rolling the dough
into a ball, let it proof for an hour in an oiled bowl.

We shared a taste for sharp cheese
but never agreed on pillows. You loved

down comforters and found vultures fascinating.
Years together honed our lives

but we never considered what that meant. Score
the dough, bake it for 30 minutes with the lid on,

remove the lid and bake for another 15.
Kneading resembles breathing: in,

out. Rise, fall. Bright lights made your eyes water,
so I kept them dimmed. You swallowed

and said “Tell me how to knead bread.”
With the heel of your right hand, push down

and forward, applying steady pressure.
The dough should move under your hand.

Within minutes it will transform. 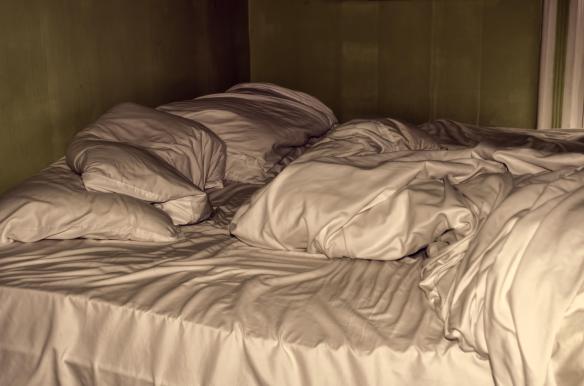