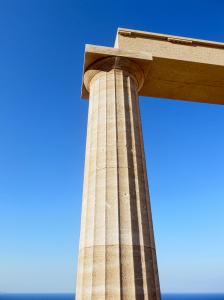 This figure of complexity
persuades a lingering

horror expressed
in tandem, the sons’

limbs compressed
as the father struggles,

grasp of storm and
wrath and serpent,

his face
echoing those yet

to come, breached
walls, a city in

flames, the cries
of warnings unheeded. 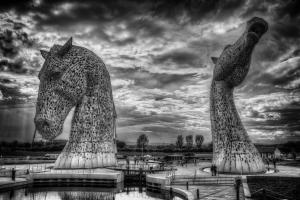 Laocoön, through Virgil’s Aeneid, is the source of the phrase “Beware of Greeks bearing gifts.” The poem, which first appeared in The Blue Hour Magazine, was inspired by the sculpture “Laocoön and His Sons,” which resides at the Vatican. You might find Wikipedia’s entry of interest. Originally posted on the blog in February 2016.