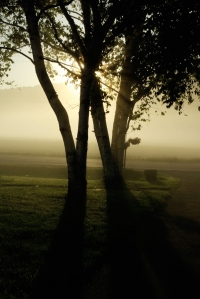 Self Portrait with W

One might claim a double victory, or after the Roman Empire’s fall, a reclamation
from the slurred “b” and its subsequent reduction.

Survival of the rarely heard, of the occipital’s impulse.

Shielding myself from adjuration, I contemplate the second family
root, weighted in weapons, in Woden, in wood.

Not rejection, but acceptance in avoidance.

Original language was thought to be based on a natural
relation between objects and things.

Baudelaire’s alphabet existed without “W,” as does the Italian.

The recovery of lost perfection is no longer our aim.

When following another, I often remain silent.
As in two, as in answer, as in reluctance, reticence.

We share halves – one light, one shadowed, but both of water. 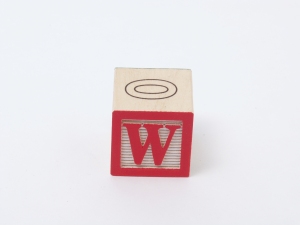