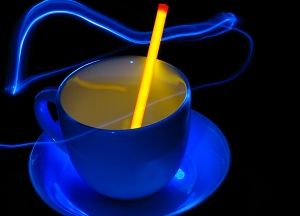 Letter to Gierke from the Future’s Past

Dear Ken: I’m fixated on open faucets and drained tanks,
on cracked PVC and browned grass, denial and what’s to
come, thinking of old dogs and accusations and how
the morning’s lopsided beginning has wrung out every
shred of positive emotion absorbed overnight. Then
a pinpoint emerges, swelling, until I can see, as through
a spidery windshield, tomorrow and its improbabilities.
Last weekend I built a window screen to exact measurements,
only to discover the sill tilted on the north by a quarter-inch,
and in order to install the damned thing I had to shorten
its right side, ruining the rectangle. Perfection eludes me,
even when guided by tape and square, especially in this
climate of exacerbated deterioration, which has not, alas,
excluded me – sciatic nerve, shoulders, knees, hands, etc.
But enough whining. Tea leaves predict that in a few hours
I’ll cross the creek trickling over the road, check the cisterns
and drop off tomorrow’s drinks before heading home to
swat mosquitoes and grill sage-rubbed pork kebabs while
sipping hoppy brews. That’s as far into the future as I
care to venture. The Cowboys drafted a lineman named
Taco, the weeds need mowing and my belly says noon
is fast approaching. I’d like carnitas, but have only rice
and beans, which probably signifies something far deeper
than my conscience will admit, trials I’ll never face. A
thunderstorm looms in the forecast, but my left ankle says
it ain’t happening. What do your mended bones claim?
Mine usually plead the fifth, but hey, they’re careful,
these days, and with good reason. Take care. Bob

“Letter to Gierke from the Future’s Past” was featured at Vox Populi in December 2017.

8 thoughts on “Letter to Gierke from the Future’s Past”