Synapses and Other Conjunctions

My advice? Wear boots, even among the dead.
Our barefoot friend, having separated the rattler’s
head from its body, picked up the six-foot
length to show off, and stepped back onto
the head, which though not alive, still managed
to squeeze venom from the ducts and inject it
through its fangs, into his foot. Consider this
a metaphor, if you must, but don’t belabor
it. This morning I am searching for
connections. The plumber says that when
the overflow is clogged, the sink won’t drain
properly, and I notice similarities between
vision and words and the dryer’s vent — how
twists and hard angles and blurry lint may
confuse the issue, perhaps even start a fire.
And before you say, yes, yes, that’s what
I want, a fire, consider other possibilities,
not to mention consequences. Confuse
one word for another, and you’re an idiot.
Let your finger tap the wrong key, and the
incorrect letter provides a glimpse into
the future, or at least beyond the neighbor’s
closed door, a passage of signals impossible
to predicate. But differences exist: decapitate
poets, and they won’t bite, or at the very least
their venom will infect your nervous system
indirectly. Other advice? Pause before sending,
look before you leap (or step back). Avoid fast
food and politics. Drink good beer. Laugh often,
breathe deeply. Contemplate your footwear. 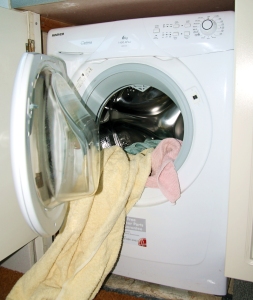 “Synapses and Other Conjunctions” was written during the August 2015 Tupelo Press 30-30 challenge, and was subsequently published in September 2016 at The Blue Nib. Many thanks to Luanne Castle for sponsoring the poem and providing the title.

7 thoughts on “Synapses and Other Conjunctions”