Nocturne with a Line from Porchia

Everything is nothing, but afterwards.
I rise and the moon disturbs the darkness,
revealing symbols, a few stolen words
on the bureau. Tomorrow I’ll express
my gratitude by disappearing be-
fore I’m found, which is to say goodbye
before hello, a paradigm for the
prepossessed. Compton tells us to imply
what’s missing, like Van Gogh or Bill Monroe,
but why listen to the dead before they’ve
stopped speaking? Unfortunately we throw
out the bad with the good, only to save
the worst. I return to bed, and the floor
spins. Nothing is everything, but before.

This first appeared in The Blue Hour Magazine in December 2014, and is also included in my chapbook, If Your Matter Could Reform. The line “Everything is nothing, but afterwards” comes from Antonio Porchia’s Voices, translated by W.S. Merwin. Porchia wrote one book in his lifetime, but what a book it was! Often described as a collection of aphorisms, Voices is so much more – each time I open the book, I find new meaning in old lines. 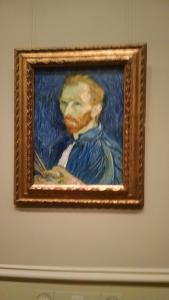 12 thoughts on “Nocturne with a Line from Porchia”