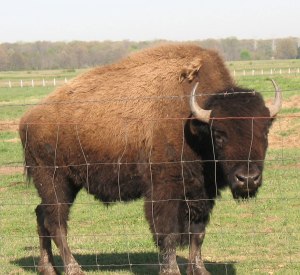 I was a military brat. My return to the U.S. after attending high school in Italy was, well, interesting. Junction City, Kansas was definitely not bella Napoli. This poem came from that experience, albeit a few years after, and was published in the mid-80s in the Allegheny Review, a national journal of undergraduate creative writing. It’s a flawed piece, and doesn’t resemble today’s work at all, but I think the kid who wrote it still exists. Somewhere.

Caro amico,
Driving the stretch to Junction City,
I look for familiar faces in the cars
we pass, but see only strange grasses
gliding by. Three weeks ago
I slept on a stone-littered hilltop
overlooking the Bay of Naples.
Now the prairie laps at our front door.
A mile from the house two corralled bison
munch dull hay thrown daily
from a truck’s flat bed, and past that
the Discount Center’s sign
spells America. What I wouldn’t give
for a deep draught of Pozzuoli’s
summer stench and the strong
yellow wine that Michele’s father
makes. We mixed it with the gardener’s
red, creating our own bouquet,
remember? And here they say
I’m too young to buy beer and wine.
Without them the food is flavorless,
like the single language spoken.
I understand it all,
and miss the difficulty. Maybe Texas
will be better. Ci vediamo. Bob

This was one of my first posts on the blog, and as you might expect, very few people saw it. I wrote the poem in the summer of 1983, when I was new to poetry, still tentative, exploring. A few weeks later I attempted the sonnet form, and, well, everything changed. Everything.