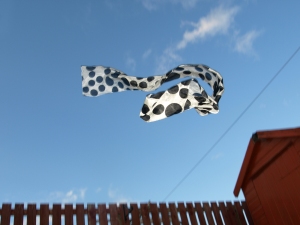 The sonnet was written a dozen years after the others, but seemed to mesh with them in some strange way… 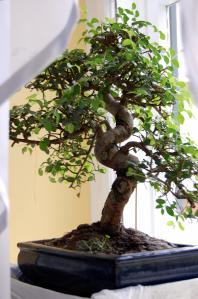 no feature enhanced
but beauty of
the whole and

its container the
tree is not
deprived and grows

as it must
though slowly like
a wave which

gathers itself for
years there is
no completion only

process a lapse
which presumes the
most delicate design 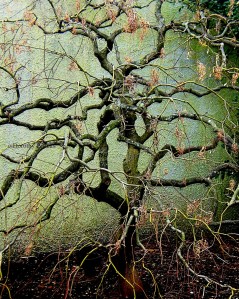 Originally published in Aileron in 1988.

1.
I breathe smoke
from the fire
warming our feet

Something is not right
but not wrong
yet

like the bones’ dance
on wires
in a bad dream

2.
I cannot read ashes
the message
of cracked stones in desert light

What right has a man

One of my earliest published pieces, this first appeared in Taurus, in 1984. Curiously, this is not the piece that I remembered having been published in Taurus. I wonder if that poem still exists somewhere? Such is memory…

where you go
the wind follows
as if no

choice remains but
that of sun
and oak an

attraction such that
limbs curve to
light a certainty

which cautions us
to intrude lest
we lose all

sight and sense
of beauty you
are this tree 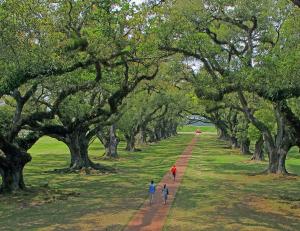 First heaven took my wife,
and now, my son.
These eyes will never dry
and my heart slowly turns to ash.
Rain seeps far into the earth
like a pearl dropped into the sea.
Swim deep and you’ll see the pearl,
dig in the earth and you’ll find water.
But when people return to the source,
we know they’re gone forever.
I touch my empty chest and ask, who
is that withered ghost in the mirror? 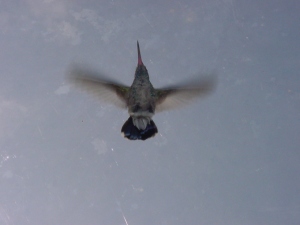 Arriving from nowhere,
its mouth opens

but what escapes
comes not from within

and is never complete.
Words, too, falter

in this space,
struggling to remain

aloft, challenged yet free,
an exchange

between air and wing,
of sound and thought,

occurring as it must
without design

or desire, simply
there, then gone,

a presence one notices
in its absence.

Utterance
within the parameters set
by form

the lone branch
brought to the fore
and in the distance

the word is
forget, as in the imperative
as in function, as in 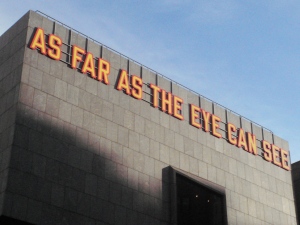 What flares instead to replace our
privileged nights? And which

assemblage of words could reorder these
deaths into comprehension,

change I can’t breathe from epitaph
to actuated plea for help?

Are words ever enough?
Can we stack our indifference and fear

into a mile-high pyre, and torching it
watch them rise to nothingness,

disappearing through the clouds
into the streaming light of cold, dark stars?

Raise your hands and sing. Blow softly
upon the ember. Inhale and recall.

Do you still feel? Will you breathe?
Every fire needs oxygen. 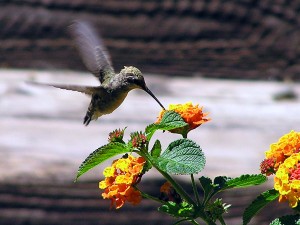 The thought makes
trembling so

incomplete, a consequence
of knowledge attained. I look out

and see leaves flitting in the dusk,
the air closing around them

like the mouth of an old well
swallowing light. Such

hunger we find difficult
to comprehend. The wind shivers

through our lives and repeats itself,
though differently each time.

Every departure is a return.

We cut the finest apricot for roof beams
and braided fragrant grasses over them.

I wonder if clouds might form there
and rain upon this world?

Each adaptation poses its challenges, and this one was certainly no exception.
First I identified key words and determined how or whether to use them.
Apricot, roofbeam, cogongrass, eaves, ridgepole, cloud, people, rain.
Apricot was a given. It offered specificity, and feels lovely in the mouth. Roof beams, as well. Cogongrass didn’t make the cut. It is indeed used for thatched roofs in southeast Asia, but it felt clumsy; in this case, the specificity it lent detracted from my reading. And rather than use “thatched” I chose “braided” to imply the layered effect of thatching, and to imply movement, to mesh with and support the idea of clouds forming and drifting under the roof. “Not know” posed a question: did it mean ignorance or simply being unaware, or perhaps a state of wonderment? I first employed “unaware” but thought it took the poem in a different direction than Wang Wei intended (but who knows?). “Ridgepole” seemed unnecessary. So I chose to let the reader follow the unsaid – using “form there” to reinforce the impression already shaped by the roof beams and the grasses “over them.” I admit to some trepidation over the second couplet. It may still need work. 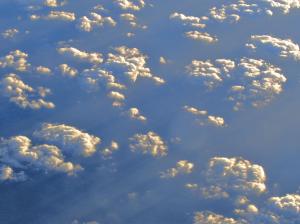