The mother’s ghost rests in a razor-filled moat.
He purses his lips, laughs, says who will know?

You are the night sky above the red-cloud horizon.
When I fade like twilight, tell me who will know.

Which vein traces love, which proffers denial
as our blood starts flowing, and who will know?

Unanswered prayers line his frozen pockets.
When he unclenches his tiny hands, who will know?

This man’s tongue repels truth no matter the hour.
If we hear only what he allows, then who will know?

“Who Will Know” made its first appearance in May 2019 at The Local Train Magazine, a publication out of Bangladesh. 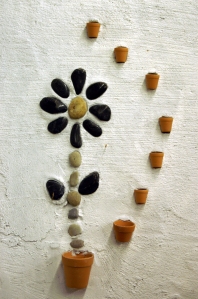 I count more graves than people in my sleep,
but nothing turns more quickly

than an empty wind
in a place whose memory has died.

And all manner of departure: What you have left is you
without you. As if it could be different, as if decades

could withdraw and draft a blueprint of motive and action,
returning them, returning you, to that point

across the sea where the ship has not yet arrived.
If you ask she will say it does not matter. If you ask.

To be within, yet without, as in the unuttered phrase.

It is time the stone made an effort to flower,

to render the void clear and resolute, the diction of
separation divided by decades and your ocean.

The language of silence, drawn near.

3. From the Other Side

Sometime becomes never and steps around a desolate corner,
and all we have left is our field

awash in stone, remnants of the unspoken.
I have no memory of you. Nor you, of me,

but the strands do not lie, and unraveled,
expose the imperfect blends

that compose my love. A leaky roof. The last word.
A pity to put up at all

but there is rain.

Of all the hours which were the longest?
The earth trembled around me

and I lay still, bearing witness to
the uncertain malice of its

and finally, released. If,
after this half-century, words

could reform in your mouth,
what denial would issue?

And seeing you only as the shadow of an

ending whose voice lies
in an uncommon past, how
may we recognize the very shape we share?

The bridge’s fate is loneliness,
knowing that one side

they are between
comfort and space, between words and a smile,

between nothingness and sorrow,
two points, beginning and end,

reaching, in opposition, towards each other.

“What you have left is you without you” is from Edmond Jabes’s “At the Threshold of the Book” in The Book of Questions: Volume I, translated by Rosemary Waldrop.

“It is time the stone made an effort to flower” is from Paul Celan’s poem “Corona,” included in Poems of Paul Celan translated by Michael Hamburger.

“A pity to put up at all but there is rain” is from Basho’s Back Roads to Far Towns, translated by Cid Corman and Kamake Susumu.

Albert Huffstickler’s poem “Bridges” which appeared in The Balcones Review in 1987, begins “They are between…” 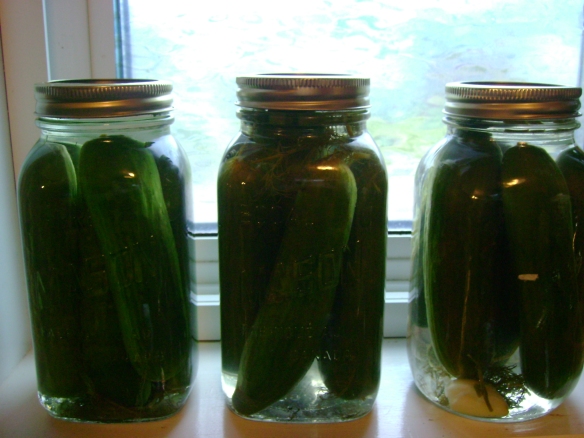 Letter to Wright from Between Gusts

Dear Tami: The wind here speaks an undiscovered language:
diffident, it lurks in the background, stuttering, fingering
everything, shifting directions, mocking us, barely noticeable
until it gets pissed off and BLOWS! Then, shit happens. Pickle
jars appear in purses. Love notes remain unwritten. Shingles
flap across the lawn and idiots are elected to office (nothing new,
I know). When I was a kid I marveled at those fortunates who
lived under the same roof for years, for decades, entire lives, while
my family rolled around the globe, collecting vaccination scars
like postcards or nesting dolls. How interesting, I thought then,
to know and be known, to avoid the perpetual newcomer’s
path. Having shared this house with my wife and various dogs,
birds, rodents, insects and arachnids for thirty-three years, I now
know this – home is not a stationary edifice. No cornerstone
defines it any better than fog rubbing the juniper’s tired back,
or courting mayflies announcing warmth’s arrival in their brief
pre-death interludes. Desire is a feckless mistress; after obtaining
the prize, we miss the abandoned and wonder what might have
been. When you arrive at your new town remember this: no one
is stranger to you than yourself. I speak from experience, having
absorbed differences at one end only to watch them emerge
hand-in-hand at the other, like newborn twins or nearly forgotten
reminders of an uncle’s kindness in a year of typhoons and sharp
replies and rebuilt lives. Home is a smile, a lover’s sleepy touch
at 3 a.m., or the secret knock between childhood friends reunited
after decades. It lives in soft tissue, not steel, and breathes water
and air, flame and soil and everything between. But it can’t exist
without your mind and body lugging it around. I would like to
tell you what the wind is saying, but it’s singing different tunes
these days, and my translation skills begin and end in that still
place between gusts, floating in the twilit air like so many empty
pockets. These are the only words I have. Not much to hang a hat
on, and I apologize for my shortcomings and inability to expound
with clarity. I speak in poetry, but mean well. May your moons
be bright and your winds wild yet gentle, even if you can’t fathom
their meaning. I’ll keep trying if you will. All the best, Bob.

“Letter to Wright from Between Gusts” was first published in The Lake in August 2017, and is also included in Volume 2 of Oxidant/Engine’s BoxSet Series, as part of my 10-poem collection titled “The Language of Bread and Coffee.” 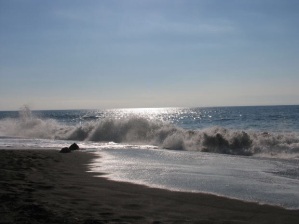 I cull and offer this and this,
and these last definite whorls

or later star or flower, such
rare dark in another world,

outdistancing us, madness
upon madness, the crest

and hollow, the lift and fall,
ah drift, so soft, so light,

where rollers shot with blue
cut under deeper blue as the

tide slackens when the roar of
a dropped wave breaks into it,

and under and under, this
is clear—soft kisses like bright

flowers— why do you dart and
pulse till all the dark is home?

I am scattered in its whirl.

This cento is composed exclusively of lines taken from fifteen pages in the Collected Poems of H.D., 6th printing, 1945. Hilda Doolittle is a fascinating figure in 20th century American poetry. You might look at the Poetry Foundation’s biography for further information: 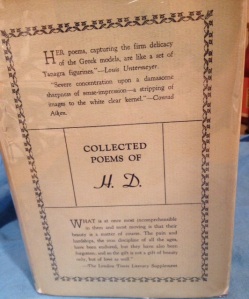 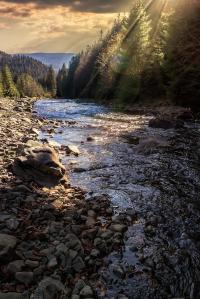 Transparent beauty, I adore the way
your mind filters and reconstructs patterns,
waves transcending straight lines through
color-drenched nature and the coming days.

Like a second page cleansed of words,
or a bulldozed path through a mine field,
we start our separate lives together, anew.
Even the winged beings admire us.

Our pasts hover behind,
shadowing our drives through lost towns
and lonesome adolescent dreams,

falling further behind each day, as we
flow forward, inevitable river of we,
opening to the future’s unclear certainties.

I read “Inevitable River” yesterday at my wedding to Stephanie L. Harper. Follow the link to find her poem “Trace.” Poetry keeps giving!

“Inevitable River” first appeared in November 2019 at Twist in Time Magazine. Many thanks to editors Renee, Adrienne and Tianna for accepting this piece. 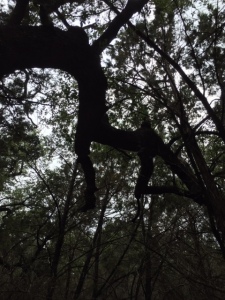 Never rooted in Tibet,
has not watched a whale breach
a November Pacific dusk, or guzzled
bitter beer near Vesuvius. Nor has it
absorbed the warmth of a loved one’s
hip on a frozen morning long after
the embers’ glow has greyed
and the windows blossomed
white. It cannot know the beauty
of disparate instruments playing
in joyous harmony. It will whisper
no incantations, does not smile,
won’t ever feel the anticipation
of a first kiss after a complicated
courtship. The bouquets of Bordeaux
elude it, as do tears or the benefits
of laughter. Why, then, do I envy it so?

“This Oak” was published in Slippery Elm (print only) published by Findlay University in Findlay, Ohio, in spring 2019. 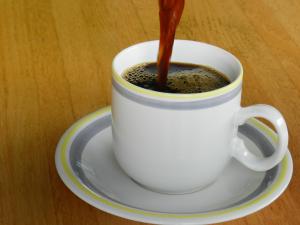 The Purity of Starch

Betrayal or spark, I cannot refuse this
course. One look, the merest touch,
and I imagine lips and inverted
hearts, and books lying open on
pine stumps, caught in a wavering
dream of wildflowers and perfumed
hair, of short nights and tangled
sheets, the lemon-half moon hovering
overhead. This is too much. It is never
enough. I want the purity of heavy starch,
the stillness of sanctity, of certainty
in discretion and falsehood strummed
true. I want this flaw healed. I want
skin on skin, tongue to tongue, and
unuttered words seared through flesh
and into bone in that chamber where
everything is nothing, and implication
drills deeper than truth, truer than love,
and only we remain hidden at its core.
But today’s rain carries warnings
of rising waters and wreckage washed
downstream, and as I listen to recordings
of your voice, because that is what I have
today, I sip coffee and wait, knowing
the emptying begins in this moment, now.

I wrote this poem just over two years ago. Today we’re getting married…

Boundless, it sips direction in the way of all music,
tonguing each note for its salt.

We call this ecstasy. Or peace.
Follow, and they still escape, always beyond
our outstretched fingers.

Exhale slowly. What do you know?

That long tunnel, ribbed in silence.
The scent of burning cedar.
Days framed in darkness and birdsong.

Note: Suizen is the practice of playing the shakuhachi, the traditional Japanese bamboo flute, as a means of attaining self-realization.

“Morning Suizen” first appeared on Nine Muses Poetry. Many thanks to editor Annest Gwilym for taking this piece. 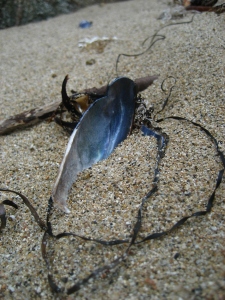 All memories ignite, he says, recalling
the odor of accelerants and charred

friends. Yesterday I walked to the sea
and looking into its deep crush

sensed something unseen washing
out, between tides and a shell-cut foot,

sand and the gull’s drift, or the early names
I assign to faces. This is not sadness. 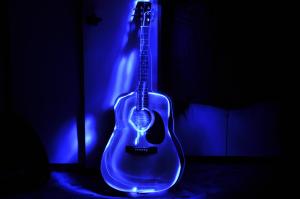 In the Key of Your Hour

The words I sing are draped in silence,
wedged between notes yet flowing forward.

Stop-time presents the illusion of interrupted tempo and meter.

The old guitar hangs on the wall and seldom speaks,
preferring instead to lightly hum when the wind blows just so.

The conceit of two right hands. A slamming door.

Music enters my room by subterfuge, but exits boldly.

If simultaneity is relative, how do we assign primacy
to an overtone? One voice, one whole.

We must respond to our bodies. In kind, with trust.

I ask you to listen without considering the requisite commitment.

The broken circle represents common time replete with imperfections,
linking the measurable to the internal well.

Gather what comes, no matter the source.

“In the Key of Your Hour” appeared here in September 2016, and is also in my chapbook-length work, The Circumference of Other, which is included in IDES: A Collection of Poetry Chapbooks, published by Silver Birch Press in 2015. 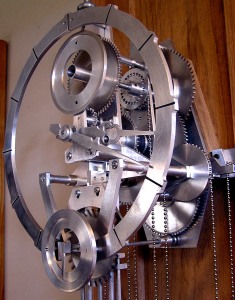